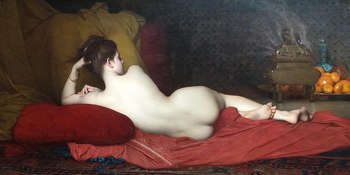 Odalisque by Jules Joseph Lefebvre is an oil-on-canvas portrait of a woman declining on a bed from behind.

The painting was made in 1874 and is currently in the permanent collection of The Art Institute of Chicago in Chicago, Illinois.