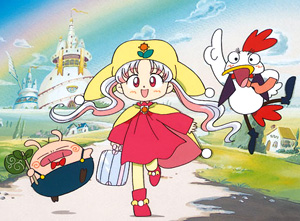 Yume no Crayon Oukoku (Crayon Kingdom of Dreams) is an anime series that ran from 1997-1999. It is based on a series of novels by Fukunaga Keizo.