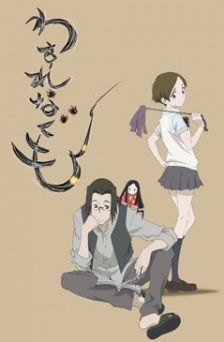 Long ago, a Spider Yokai once killed a lot of people; but a brave monk challenged her.

In modern day; a young used bookseller, Suzuri, and his landlord's granddaughter, Mizuki, crack a sealed book that had an offspring of that spider. The spider takes the form of a young innocent child; and they agree to take care of her.

But what seems like a heartwarming tale turns into one of horror...

A 2012 TV film by Production I.G, released as part of Anime Mirai project.