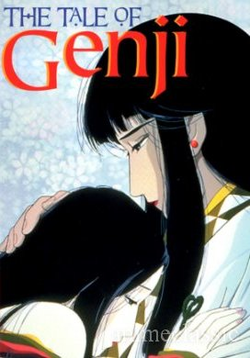 The Tale of Genji (1987) is an animated film based on the classic 11th-century novel by Murasaki Shikibu, the Tale of Genji. Genji, the son of the emperor, is the talk of the Kyoto nobility for his charm and good looks, yet he cannot stop himself from pursuing an unobtainable object of desire: his father's young and beautiful bride. Following the tragic consequences of his obsession, Genji wanders from one affair to another, always seeking some sort of completion to his life.