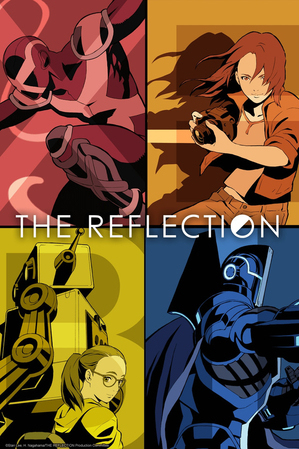 The Reflection is an anime by Stan Lee and Hiroshi Nagahama that aired 2017.

After The Reflection, some of the people in all parts of the world are discovered with super powers. Some become heroes, and others villains. How did the Reflection happen? What was the cause of it? With many unsolved mysteries, the world is led into turmoil.