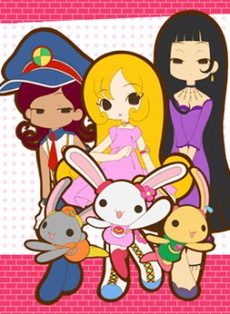 Sweet Valerian is a children's Magical Girl anime about a trio of girls who transform into a trio of superpowered bunnies known as Relaxation Combat Team Valerian and fight the evil Stress Team, who use people's stress to transform them into monsters.