Anime / Sorcerer on the Rocks 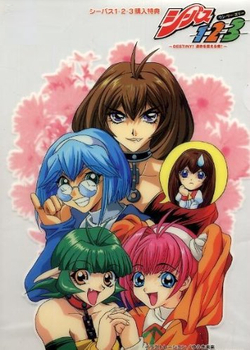 Ruthless sorcerer Shibas Scotch is employed by a count named Cuttlefish to subdue a beast terrorizing the city. In his first run-in with the monster, Shibas is unable to return his soul to his own body and instead transfers it to that of his (female) servant, Gin Fizz.

This two-episode OVA is set in the same world as Sorcerer Hunters, although you do not need to have watched or read that to understand what's going on.

This anime provides examples of the following tropes: