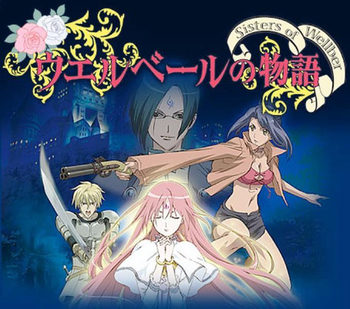 Tina Lothar was an infamous cat burglar, making both her fortune and her reputation in the kingdom of Wellber. One night, she sneaks into the castle... where she witnesses Princess Rita Sior stabbing the man that was to be her husband, Prince Gernia Han of Sangratras. Due to a series of unlikely events, both Tina and Rita end up running out of the country with their companions Sherry and Sir Cyrano de Bergerac, on a quest to the country of Sangratras to attempt to stop war from breaking out.