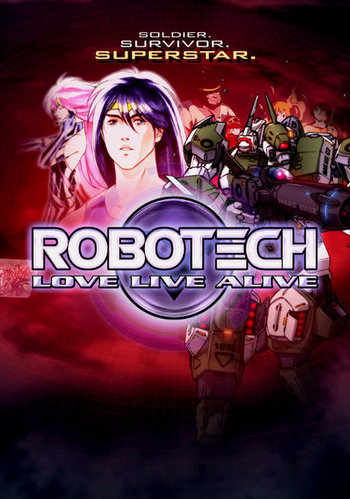 Robotech: Love Live Alive is a retooled Genesis Climber MOSPEADA OAV that was released in 2013.

It retells the story of the New Generation from the point of view of Lance "Lancer" Belmont, a pilot of the Robotech Expeditionary Force who takes part in a ill-fated military expedition to liberate Earth from Invid rule. Lancer gets shot down and crash-lands in South America, where he survives by pretending to be a female singer named Yellow Dancer, before coming across Scott Bernard and his group of rebels. The rag tag group must find a way to reach Reflex Point, the Invid center of power on Earth.

Along the way, they encounter a variety of people, ranging from collaborators, to veterans of previous Robotech wars, to civilians who wish to tag along.