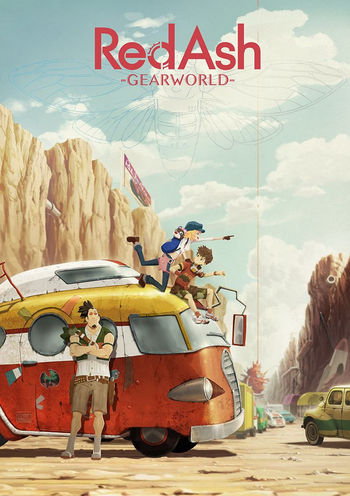 Beck and Tyger are a couple of Nanos (humans with nanomachines in their genes) trying to scrape together enough money to afford the absurdly expensive procedure to get their nanos removed so they can become "pure" and join the Pure humans. To do this, they take part in the usual job for Nanos, hunting Magicicadas in parallel worlds.

One day, while waiting in line for their turn on the Parallel Machine to go hunt Magicicadas, a mysterious girl sneaks into their van. When they find her, she begs them to let her join them, introducing herself as Call, and saying she could be of use to them, as (she suddenly claims) she's a Nano who can use echolocation to find Magicicadas. Of course, they also discover she's on the run from some nasty folks.

The project was funded (unlike the game it's adapted from) on Kickstarter on August 3rd, 2015. The All-CGI Anime was released as part of Anime Tamago 2017's lineup.