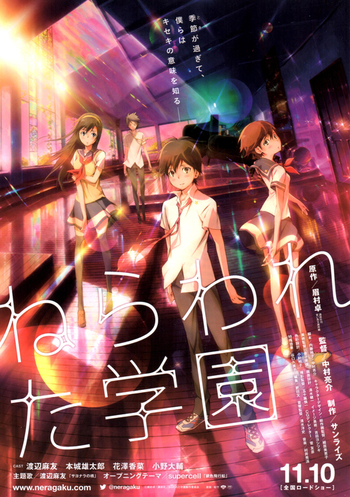 A 2012 anime movie produced by Sunrise and directed by Ryosuke Nakamura, Psychic School Wars (Nerawareta Gakuen) is based on a short novel by Taku Mayumura. It follows childhood friends Kenji Seki and Natsuki Suzuura, together with their class representative Kahori Harukawa, as a mysterious new transfer student named Ryoichi Kyogoku appears.

Psychic Powers and Time Travel play a large role, but the film is mainly about the relationships between the main characters.