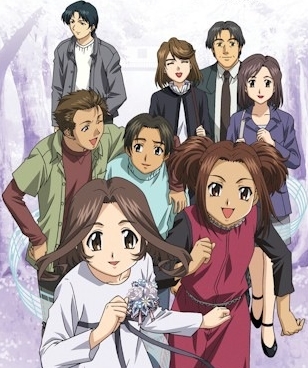 Miu Nomura loves to play the piano, which she has done since she was a little girl. Once she grows into a teenager, she has to deal with all kinds of new feelings, most of which are triggered by her upperclassman Takahashi, for whom she harbors a deep crush. She is way too shy and introverted though to approach him, but she gets help from Yuuki, who is her best friend by far. Yuuki is a sporty and outgoing girl who is on the same school track team as Takahashi and her own crush, Takizawa.

Piano: The Melody of a Young Girl's Heart is an anime series based on an original concept by Kosuke Fujishima, who also provided the character designs. Consisting of 10 episodes which aired in 2002, it deals with Miu's development into a young woman. It mainly depicts her struggle with her inability to show her emotions, which even starts affecting her piano-playing. Through up and downs in her relationships with her piano teacher, her family and her friends, she finds out what her music and the people around her mean to her.