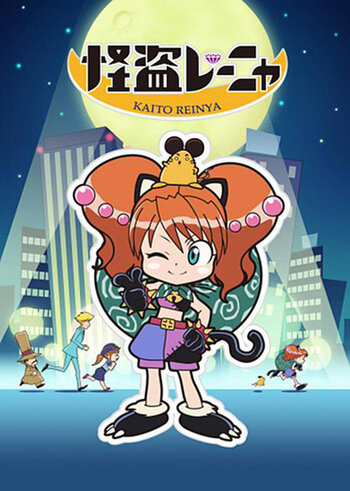 Reinya is a sly Cat Girl who steals golden treasures, such as the golden kids' meal, golden instant noodles, and others. She is often accompanied with her mouse sidekick, Chutaro. Other than being a Phantom Thief, she works as a convenience store worker. She lives under the convenience store, being her secret hideout. Next to her convenience store, there is a police station, with an inspector, who is perverted, Nocchi, the airhead of the show, and a detective, who is in fond with Reinya. Each episode is episodic, with little-to-no character development. In each episodes, while she still steals treasures, she does different things, and getting into different situations, such as (trying) to becoming a ninja, going on a date, and being cursed.

This anime is available to watch on Crunchyroll