Anime / One Piece: The Movie 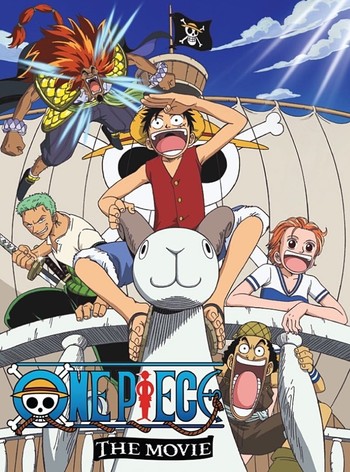 The very first One Piece theatrical feature. Takes place directly between Syrup Village and Baratie of the manga and anime.

Many years ago, a legendary pirate captain named Woonan supposedly hoarded together a third of all the gold in the world. Though his time has passed, tales of his exploits have pirates all across East Blue trying to find the hoard he left behind, and the map guiding the way to it. Two such crews happen to both be the fledgling Straw Hat Pirates, as well as the ruthless El Drago Pirates. Who will find Woonan's legendary trove first?

Luffy is disappointed to learn that Ganzo survived to tell him his backstory.

Example of:
Did You Die?

Luffy is disappointed to learn that Ganzo survived to tell him his backstory.