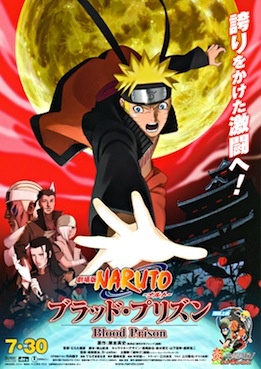 Naruto 5: Blood Prison (劇場版 NARUTO-ナルト- ブラッド・プリズン, Gekijōban Naruto: Buraddo Purizun) is the eighth overall Naruto film and fifth Naruto: Shippuden film which was released on July 30, 2011 in Japanese theatres. Naruto is sent to a criminal confinement in the Land Hidden In the Grass, Naruto must find the culprit behind the incident and prevent him from opening a box of evil power.