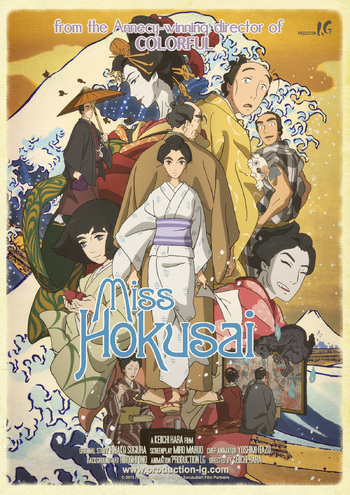 Miss Hokusai is a 2015 Japanese animated feature film directed by Keiichi Hara (who is also known for directing Colorful (2010)). It is based on the manga of the same name by Hinako Sugiura and produced by Production I.G.

Set during the Edo era, it is an episodic tale following the life of Katsushika Oei, daughter of the renowned painter Hokusai (who is famous for painting The Great Wave off Kanagawa