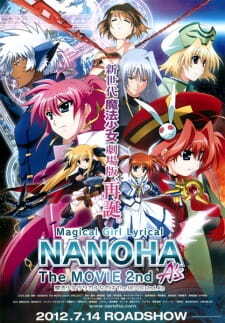 A New Retelling Continues! note Clockwise from top right: Shamal, Reinforce, Hayate Yagami, Zafira, Signum, Fate Testarossa, Nanoha Takamachi and Vita.
"In the vast universe…this is…a story that took place in a small country on a small planet. I didn’t see it with my own eyes, but…my family and my dear friends told me all about it. It all started in June two years ago."
— Rein
Advertisement:

It is a re-telling of the Book of Darkness Incident in Magical Girl Lyrical Nanoha A's but omits the Graham family.