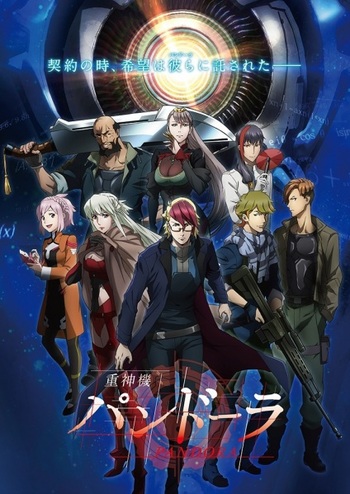 In the year 2031, an experimental power source known as the quantum reactor is developed in order to provide an alternative to rapidly dwindling fossil fuel reserves. Unfortunately, the reactor doesn't work as planned, and instead merges machine and animal creating B.R.A.I - giant hostile biomachines roaming a now desolate Earth. In the aftermath of the so-called "Xianglong Crisis", humanity is on the brink of extinction, with ever-growing B.R.A.I overwhelming the limited humans. Humanity fights an existential war; and the era of massive evolution is upon them.

The series, created by Shoji Kawamori and animated by Satelight, collaborating with several Chinese animation and production companies, began airing as part of the Spring 2018 Anime season and was distributed under the Market-Based Title Last Hope by Netflix worldwide (excluding Latin America, when the original Japanese one is used instead). Part 1 premiered on September 14 and Part 2 on December 21 2018.