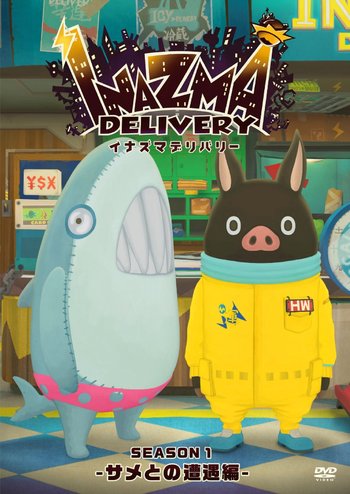 The first season, which aired in 2016note  Called “Same to no Souguu-hen” or “Encounter with the Shark Arc”consisted of ten short 2-minute episodes. It was followed by a second seasonnote “Dougyousha Attack-hen” or “Attacked by Fellow Delivery Guy Arc”in 2017.

On what should be a normal working day, Hemingway, a young pig working for Inazma Delivery company encounters a strange alien called Bytheway (yes, really) looking to be taken back to their home planet.