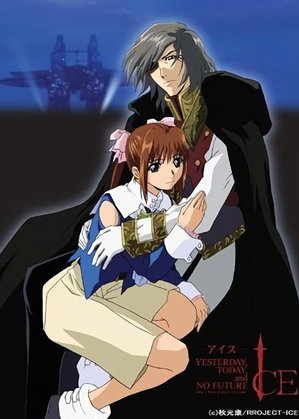 One morning, twenty-two year old Hitomi Aida leaves home and gets hit by a truck. On regaining consciousness she appears to cohabit the mind of another woman, Hitomi Landsknecht, who lives in a dystopian near future, where all men have gone extinct after a world-wide disaster. The world has become largely hostile to human life, in such that not even food can be taken from it, so the remains of humanity has to live off what it can scavenge from the old cities.

Hitomi Landsknecht is a captain of the Guardswomen, a paramilitary organization in what seems to be the last city on earth, led by Her Excellency Commander Julia. They live in an uneasy alliance with the Kisaragi family, whose leader, Lady Kisaragi, is convinced that no effort should be undertaken to save humanity from certain extinction.

Matters between the two parties become explosive once the Guardswomen start experimenting with ICE, a technology obtained from the Kisaragi family and which might be the solution for generating the much-needed offspring. Or maybe it's something else altogether. The pressure mounts when Hitomi becomes involved with Yuki, one of the adopted daughters of the head of the Kisaragi family.

ICE (also called Project ICE) is a 3-episode OVA released in 2007, that has a much older feel to it due to its animation style, which has a deliberately dated appeal. The show has been panned for its seemingly thrown-together plot and rather formulaic yuri slant. For viewers who like a surreal approach, ICE can still be quite enjoyable, but it will hardly be called a masterpiece anytime soon.