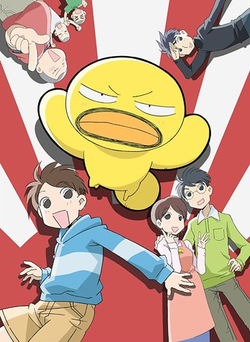 Higepiyo is a 2009 series of short, 5-minutes anime much like Di Gi Charat. This series is all about the titular character and its owner, Hiroshi.