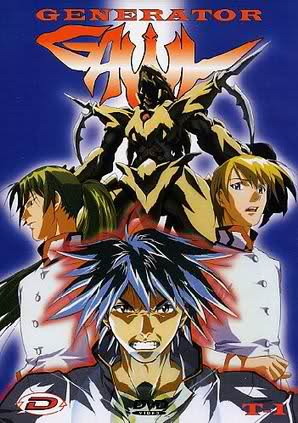 Generator Gawl is a 12-Episode Anime from Studio Tatsunoko Productions and director Seiji Mizushima (who would later direct Fullmetal Alchemist and Mobile Suit Gundam 00 among many other projects) that ran from October 6th 1998 to December 22nd 1998.

Set in the future of 2007, Professor Takuma Nekasa uncovers a gene code that will unlock the human body's greatest mystery and expose mankind to its greatest threat. To correct this, Gawl, Koji, and Ryo, three young scientists from the future travel back in time to undo this mistake. Appearing three months before the incident they find themselves facing Ryuko Saito, a scientist who prefers that the future remain the same, and his Generator allies.