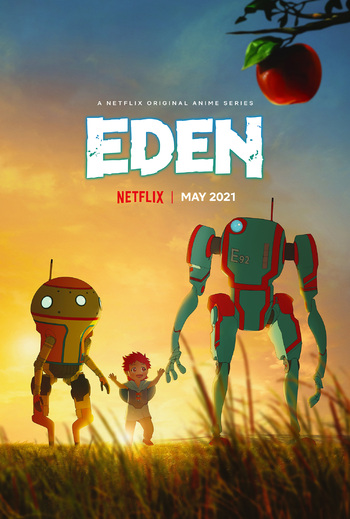 A thousand years into the future, a gleaming monolithic city known as "Eden" is inhabited solely by artificially intelligent robots whose former masters vanished long ago although they continue to grow agricultural produce. On a routine assignment on the surrounding farmland two maintenance robots accidentally awaken a human baby girl from stasis, questioning their belief that humans were a forbidden ancient myth. Together, the two robots secretly raise the child in a safe haven outside Eden.

Directed by Yasuhiro Irie (Fullmetal Alchemist: Brotherhood), produced by Japanese studio Qubic Pictures, and animated by CGCG in Taiwan, this four-episode miniseries would be released on Netflix on May 27, 2021.