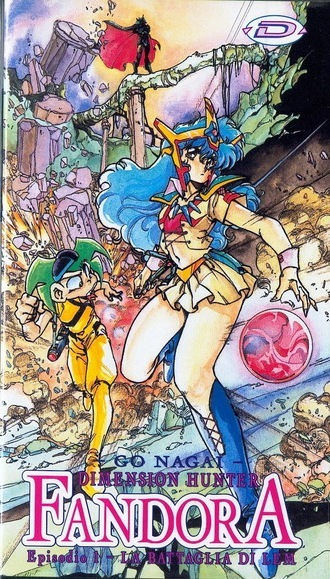 In a world of space travel and chainmail bikinis, bounty hunter Fandora and her shape-shifting assistant Que cruise through the Dream Dimension in search of prey and manage to save the world a few times as well.

Fandora is an OVA from 1985 created by Go Nagai.