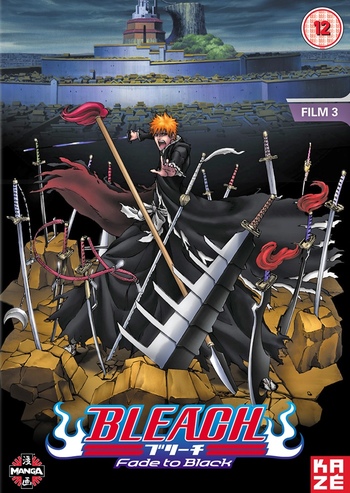 In the Soul Society, Mayuri Kurotsuchi is working on one of his experiments when suddenly he is attacked by a weapon that seemingly strips him of his mind. He goes on a rampage through his lab and destroys a machine, causing a massive explosion that devastates Soul Society. At the same time, Rukia is suddenly attacked by a mysterious individual with a weapon that erases her memories.

Meanwhile, Ichigo has a recurring image of a girl he supposedly never met and realizes something is wrong when he regains his memories of her. Suspecting something is up, he visits Urahara, and learns that his memories of Rukia are gone. On Uruhara's suggestion, Ichigo, along with Kon, goes to the Soul Society to investigate. However, this proves to be the least of Ichigo's worries, as an encounter with the mysterious intruders leads to a battle with Ichigo using his Hollow powers in front of other Soul Reapers. Discovering that nobody in Soul Society remembers him or Rukia, Ichigo is marked as the one responsible for the destruction and every Soul Reaper starts to hunt him down. Ichigo then has to discover the truth behind the intruders and Rukia's disappearance while trying to avoid capture and prove his innocence.