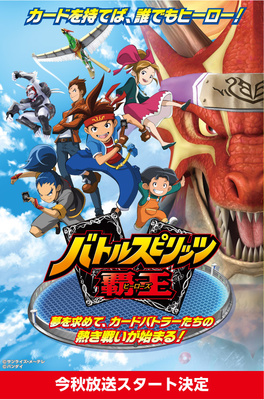 The series, which takes place in a completely new continuity from any of the previous series in the franchise, tells of a boy named Hajime Hinobori, whose parents have created a battle system allowing for "real" Battle Spirits.

Also see Battle Spirits Sword Eyes for the 5th series in the franchise.