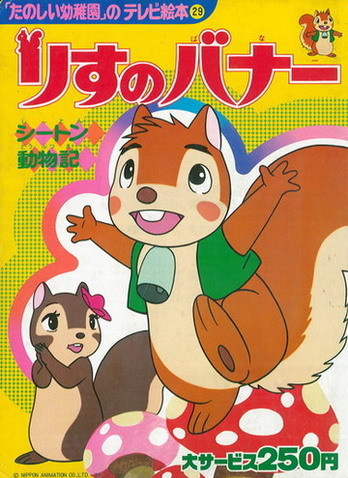 Bannertail: The Adventures of Gray Squirrel is a 1979 Nippon Animation anime based on the novel Bannertail: The Story of a Gray Squirrel by Canadian author Ernest Thompson Seton. It follows the birth, life and eventual old age of Banner, a young squirrel in what appears to be Europe. Orphaned as a baby when the tree his nest is in is cut down, he is adopted by a kindly farm cat, who raises him as if he were her own kitten. When a fire destroys the farm, Banner, separated from his mother, has to flee into the woods to escape. On his own, he has to come to terms with the fact he is a squirrel and not a cat, while joining his own kind, a community of wild squirrels.