Anime / A Thousand & One Nights 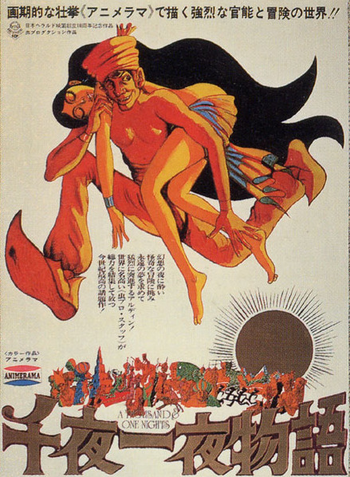 The film itself premiered in June of 1969. There was also an English dub made for its cut down American release (which cut out about 20 minutes), where it bombed and for a while, was lost until it was found in 2020. Third Window Films is releasing the film alongside Cleopatra for the first time in the UK on June 18th, 2018.

On May 3rd, 2020, Discotek Media announced that they licensed the movie and managed to find the long lost English dub, with plans to release both on Blu-Ray disc in the future.

A Thousand & One Nights includes examples of: