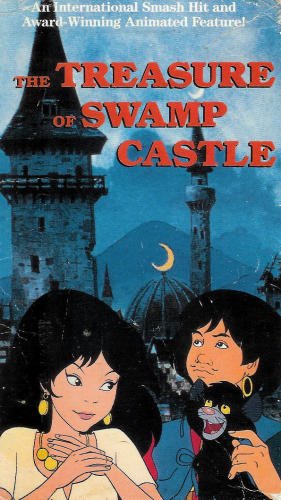 The Treasure of Swamp Castle, known as Szaffi in Hungary, is a 1985 Hungarian animated film from Pannonia Film Studio, directed by Attila Dargay (the person who also gave Hungarian audiences another beloved cartoon, Vuk the Little Fox). It is based on and has music from Johann Strauss II's operetta The Gypsy Baron, which is based on the novel of the same title written in 1885 by Mór Jókai.

It has nothing to do with the Swamp Castle from Monty Python and the Holy Grail.

The Treasure of Swamp Castle contains examples of: