Animation / The King of Pigs 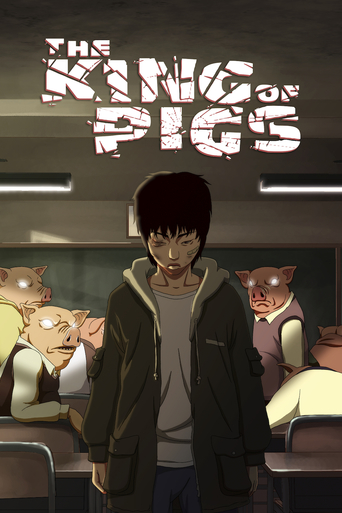 The King of Pigs (돼지의 왕; Dwaejiui wang) is a 2011 animated film from Korea, written and directed by Yeon Sang-ho. Failed businessman Kyung-min has just murdered his wife and decides to meet up with his best friend from middle school, struggling writer Jong-suk, whom he hasn't seen in 15 years.

In middle school Jong-suk and Kyung-min were at the bottom of the pecking order as the 'pigs', constantly tormented by their richer classmates, the 'dogs'.

All this seemed to change with the arrival of a new classmate, Kim Chul, who stood up to the 'dogs'. He took Jong-suk and Kyung-min under his wing, and became the titular 'King of the Pigs'.