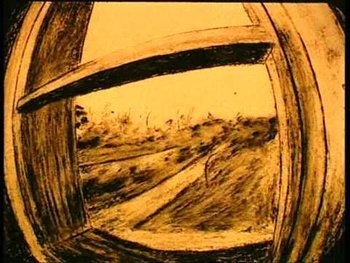 is a 1980 animated short film from Hungary, written and directed by Ferenc Rofusz.

A fly flits about a forest. Eventually it wanders into a stately home located in a clearing in said forest. The fly buzzes around the mansion, exploring a new and very different environment—until it is confronted by a mortal threat.

No connection to the short story "The Fly" or any of the several movies that were adapted from that short story. Compare Blackfly, a later animated short from the National Film Board of Canada, which has a rather different take on flies.