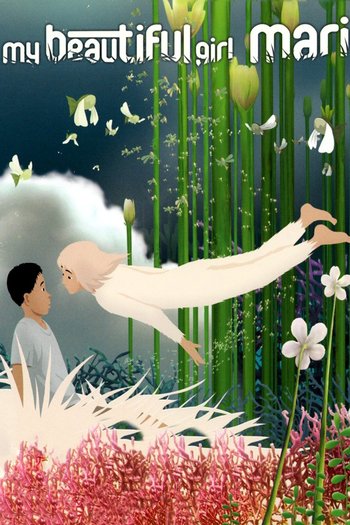 My Beautiful Girl Mari (2002) is a critically acclaimed South Korean animated film. Written by Kang Su-jeong, Lee Seong-kang and Seo Mi-ae and directed by Lee Seong-kang with editing by Park Gok-ji and Cinematography by Kwon Geun-wook.

The story follows that of a fantasy format; following the protagonist Kim Nam-woo. Finding it difficult to cope as everyone in his life leaves him to pursue their interests such as his best friend, Jun-ho, who goes to study in Seoul. His widowed mother "leaves" him too by paying more attention to her new boyfriend. To escape it all, he creates an elaborate dream world, where he meets a girl named Mari. The story follows Nam-woo as he discovers himself and matures with the help of Mari.