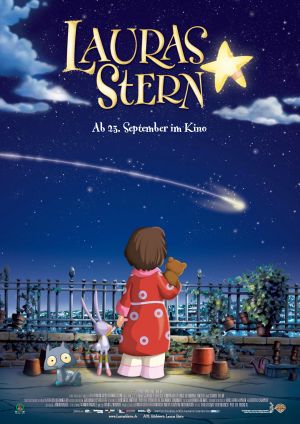 Laura's Star is a 2004 German animated film based on the children's book of the same name. It received an English dub and American release by Warner Bros. Family Entertainment.

The story follows a seven-year-old girl named Laura, who moves with her family from the quiet countryside to a larger city. Initially disliking her situation, and finding it difficult to make friends, things turn around for her when she sees a shooting star crash to Earth. Laura takes the star back to her home, reattaching its broken point with a band-aid, and the two begin a fantastical friendship.But the star slowly begins to lose its light, and Laura discovers that the longer the star is away from its true home, the weaker it gets, and will eventually fade entirely if nothing is done.