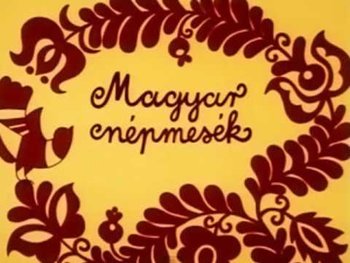 A Hungarian animation series, Magyar népmesék (literally Hungarian Folk Tales) was a collection of animated shorts, each telling a traditional folktale, many being variants of more well-known stories. Many of the shorts can be found on Youtube, where they are getting a somewhat cult following.

All episodes can be found in English here