And The Fandom Rejoiced / Sonic the Hedgehog 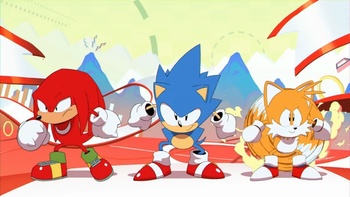 Good to have you back, guys!
Sonic the Hedgehog 4