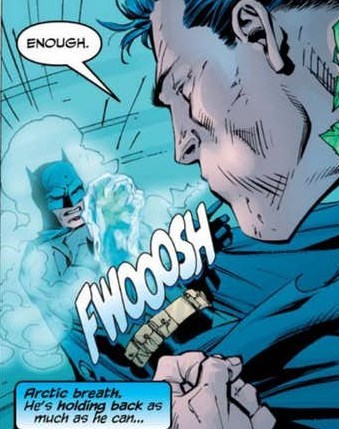 With his ice breath, Superman is both a nice guy, and an ice guy.