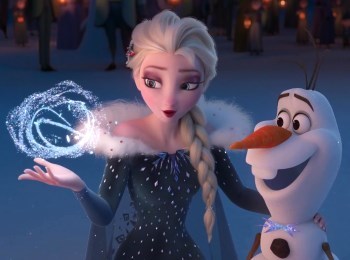 Queen Elsa spends the holidays with Olaf, the snowlem that she made.