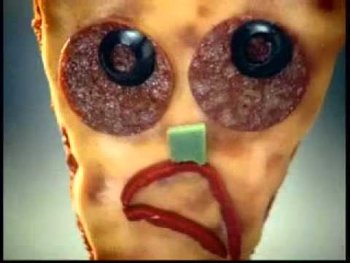 The Pizza Head Show is a series of commercials for Pizza Hut which aired from 1993 to 1997 and features a little pizza slice with eyes and a mouth named Pizza Head as its protagonist. He's treated very much like Mr. Bill, being constantly injured by a mostly off-screen human and to a lesser extent by a silent pizza cutter named Steve.