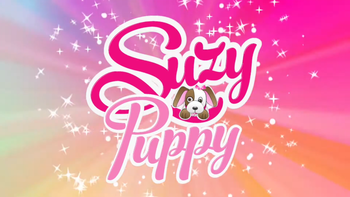 No, the actual ad isn't anywhere near as cute as this.
Suzy Puppy

is a British anti-puppy mill Public Service Announcement disguised as a toy commercial released in 2016 and produced by the International Fund for Animal Welfare.
Advertisement:

Introducing Suzy Puppy; the pup that everyone loves! A little girl is delighted to have her...only to learn that her supposedly perfect puppy isn't all that she seems.