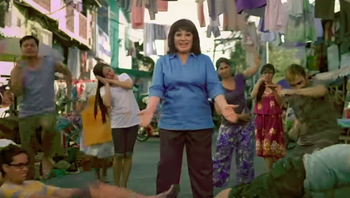 Mitch Glee is a television commercial by the Philippine Department of Health (DOH) and USAID that aired in the Philippines in December 2014. The commercial is meant to promote the Tuberculosis-Directly Observed Treatment Short-Course (TB-DOTS) program.

The advertisement features Mitch Valdes, Filipino singer-comedian singing along with residents of a barangay about a certain Mang Ben getting cured of tubercolosis after complying with the TB-DOTS.