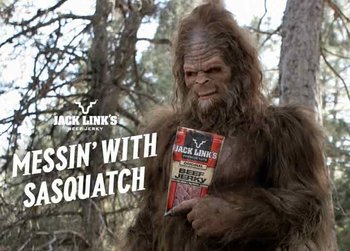 The premise typically involves a group of campers spotting the titular Sasquatch. Then, the campers decide to pull a prank on him. The prank works and the campers run off. Then all of a sudden, the Sasquatch shows up, and attacks the campers as revenge. However, commercials have diversified so that Sasquatch doesn't just stay in the woods, but also goes into the city and even get along with humans (though the traditional ads of him in the woods attacking people still persist).