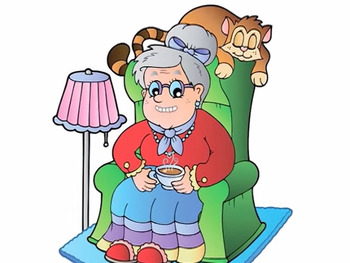 "It's my knees. They don't work the way they used to."
Advertisement:

The Health Hotline knee brace commercial was created in 2015. In the commercial, Ellie asks her grandma if they can go outside and play. Grandma wants to play with Ellie, but her bad knees make it difficult for her to stand on her own. When Grandma gets a knee brace, she skateboards so fast that Ellie can't keep up with her. The commercial is known for its cheap and bizarre animation.

Another version with African-American characters aired on stations that were popular with minorities. The two commercials are no longer being shown on TV, but the original version and the alternate version can still be watched here