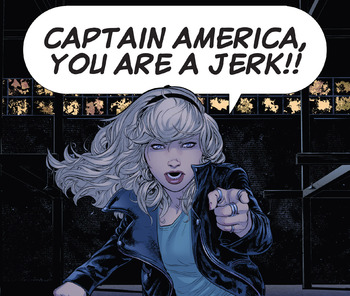 Many characters in the Ultimate Marvel universe are a lot less friendly than the original ones.
Advertisement: