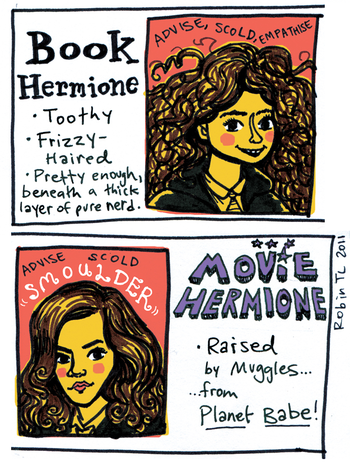 Many characters are given intentionally unattractive descriptions in the books, but are played by considerably more good-looking actors: