Please help me escape from this place 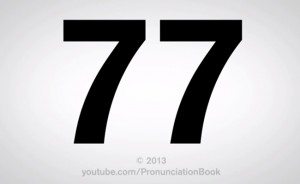 Something is about to happen in 77 Days
Advertisement:

Pronunciation Book is an alternate reality game that, although starting in 2010, was not known to the public until July 9, 2013. The original videos simply involved a strange male voice teaching people how to pronounce words in the English language. However, the video "How to ask for help in English" simply consisted of the above mentioned quote. After this, the following videos all contained no information on pronunciation, instead containing cryptic messages leading to a 77 Day countdown ending on September 24, 2013. Afterwards, the creators revealed that it was part of a project (which also included the infamous Twitter account Horse_ebooks

) leading up to the FMV adventure game Bear Stearns Bravo, a satire on the parties responsible for the 2007-08 financial crisis.