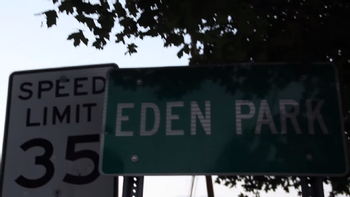 I was fooling myself into thinking that I was ready for this...
"For as long as I can remember I've hated this place... Go figure, right? Girl from Ohio hates her hometown! But since college didn't work out and Mom sold the house, I'm forced to stay here with my Grandma. But it's not all bad. My little town isn't very exciting, but I think it has a lot of warmth and charm and there are good people here."
Riley, in her first vlog

Escape from Eden Park is an ARG that follows Riley, who returns to her hometown of Eden Park following the death of her brother, Ben. She soon discovers that Ben was involved in some sort of secret organization involved with the supernatural, and she is slowly being drawn into the mysteries that Ben was in the process of solving. The ARG is told in chapter arcs with in between being filled with Q&A's and other miscellaneous information. To date, Riley has helped reunite the ghost Cate with her memories, has figured out her brothers secret (other than the ghost-hunting one) and the the secret of Alexandria, case three is expected in November.