A God Am I / Comic Books 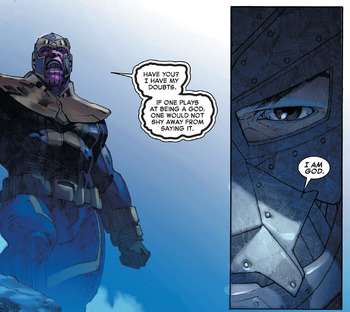 Kneel before Doom
Comic Books are full of good guys and bad guys with godlike powers, and one difference is that the bad guys aren't afraid to admit it.