Live Blogs Watching the lowest-rated Hollywood animation in history so you don't have to.
fdiaperhead2017-08-03 08:34:13

Introduction and trailers
•••
Table of Contents Flag This

When it was first announced, it was expected to be the worst animated movie of the year, if not the decade. And now that it has been released, it may be now considered to be one of the worst high-budget animated movie in history.

As of now, the movie is now rated 1.5/10 in IMDb, 6% in Rotten Tomatoes and 10% in Metacritic. It has also been reviewed by many magazines, newspapers and websites, and all of them pan it at a negative light.

To put it in perspective, it was once in the Zero Percent Club in Rotten Tomatoes.

Anyway, let us start with the trailers before tackling the monstrosity.

All trailers doesn't even attempt to make this trainwreck of a movie seem appealing.

The first two trailers are basically just the same thing, and they seem to tell the whole movie. Yes, we know the emojis live in a world inside Alex's phone. Yes, we know Gene can't stick to one emotion. Yes, we know his mess-ups cause Alex to make an appointment to get the phone fixed. Yes, we know he will meet Hi-Five and Jailbreak. And, yes, we know Smiley's the villain. Can we move on now?

Not to mention, a lot of jokes are repeated. The elephant-and-wind joke, firewall scene and Candy Crush scene can only be played so many times until it stopped being funny.

The last trailer (the one with Mel Meh), is delivered in such a bland and boring way that it seems the creators aren't even trying. The scene in the end of the trailer is barely amusing, but not chuckle-worthy.

The art and animation is entry-level. Though some characters (and humans) look cute and visually-appealing, most of the emojis don't.

There are a number of reasons why making emojis 3D don't work. The point of an emoji is to communicate using pictures. Therefore, they have to be as simplistic and easy on the eyes as possible. By adding pupils and limbs, the movie makes the emojis unrecognizable. In fact, the pupils make the emojis look like those run-of-the-mill cheap bootleg emoticons you can only use by downloading another app. 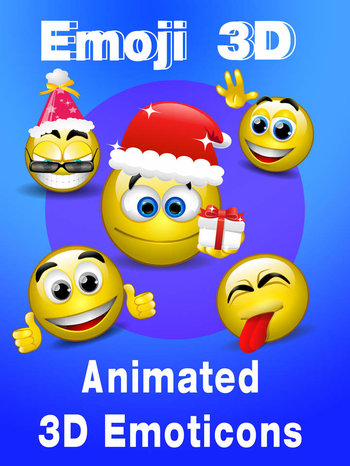 This is an example of such emojis.

The plot also doesn't make sense. Just because Alex sent one wrong emoji, or because an app accidentally opens, doesn't mean he has to wipe out the entire phone.

I would like to dish out other nitpicks, such as how Jailbreak looks similar to Wyldstyle, or how Poop Daddy is voiced by Patrick freakin' Stewart, but it's not worth it. Let us move on.